Resentment is such an ugly emotion and it can just creep up on you.  It starts off with an offense that maybe doesn’t seem big enough to address.  Often times, the offense is repeated and you either don’t say a thing, or you say something but never really get to the root of the issue.  Then, one day, you wake up and realize that you resent the person who committed the offense.  You end up wishing that we would have managed it a lot sooner. If this is resentment on a normal scale, then resentment in your marriage can be a much bigger deal.

5 Things That Can Cause Resentment in Your Marriage

Feelings of resentment can definitely poison a relationship.  Waking up next to someone and feeling annoyed by their presence because of something they’ve done is truly no way to live.  And sure, once the resentment is there, the only thing left to do is manage it together before it causes irreparable damage. But, what’s more critical than managing the resentment is trying to do your best to avoid those feelings from ever occurring.

In a marriage, both parties can contribute towards this issue and it can hurt a marriage in so many ways. I hope the husbands and wives reading this use it as an opportunity to take a closer look at their actions, their feelings and the state of their marriage, all in an attempt to make their union stronger. Here are 5 things that can cause resentment in your marriage. 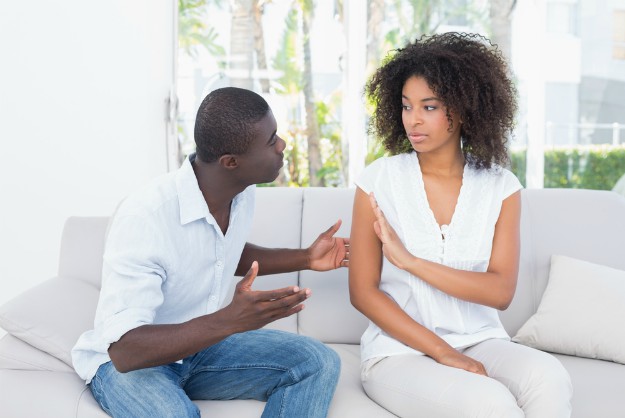 Not supporting each other’s passions

This doesn’t mean that your spouse’s passions need to be your passions.  Rather, it means that you acknowledge what brings him or her joy and satisfaction, and you make your best effort to provide encouragement and support.

Being a present, but absent parent

Being married and providing for your family sometimes just isn’t enough.  Nothing pains your partner more than having you in the home but feeling like you do not connect with your children.  Unfortunately, people often think of dads when it comes to this disconnect, but mothers do it too. Your level of involvement with your children doesn’t just matter to them; it matters to your spouse.

Not appreciating all of your spouse’s efforts

Just because someone isn’t the perfect spouse, doesn’t mean they aren’t giving you their best. Instead of constantly pointing out what’s wrong with your spouse, take a moment to acknowledge all of the things they do every single day to keep your family unit running smoothly. People need to hear what’s “right” with them.

Always putting your needs before their’s

This is just a no-no.  When you get married, part of the commitment was that you would consider your spouse’s needs and, at times, put them before your own.  Honor that commitment because by meeting each other’s needs, you nourish your union.

Failing to keep your promises

Up Next: 3 Simple Tips for Investing in Your Husband

Editor’s Note: BMWK originally published this post on November 7, 2013. We have updated it for quality and relevancy.