Being a strong, independent woman can be confusing at times. The definition of a strong woman supposedly is you never show weakness, while being an independent woman means you’re self-reliant and usually don’t need anyone else. But the reality is, no one can go through life strong 24/7, and no one can live a life totally independent of other people. As I’ve written before as a part of the New Independent Woman Series, it’s time to rewrite these definitions. I’ve redefined the terms “strong” and “independent” in a way that it works in my life, and I encourage you to do the same for yours.

Being strong means a woman can carry weight. She can persevere when things get tough. She can dig deep into her faith reservoirs and know all things will work together for her good. She prays for more strength, and she seeks help in times of need. A strong woman has a strong sense of who she is; therefore, she’s not swayed by public opinion.

Strong means she protects her joy and peace, she takes care of her relationship with her family and friends, and she stands up for what is right, even if she has to stand all by herself. A strong woman who doesn’t pretend to be strong but actually is strong lives a life of balance. She’s capable of doing a lot but not foolish enough to do more than she’s able.

Strong doesn’t mean a woman never cries or has bad days. In fact, bad days only make her stronger because she drops her pride long enough to learn what life is trying to teach her. Strong doesn’t mean she has to say yes to everyone just because they ask. On the contrary, the type of woman who uses the word “no” keeps her priorities straight and her health in check. She says, “No, I can’t take on that extra responsibility. No, I will not allow you to speak to me that way. No, you cannot invade my privacy or disrupt my peace. NO.”

Strong doesn’t mean a woman walks around with a chip on her shoulder or bitterness on her tongue. She can and does show tenderness and vulnerability. 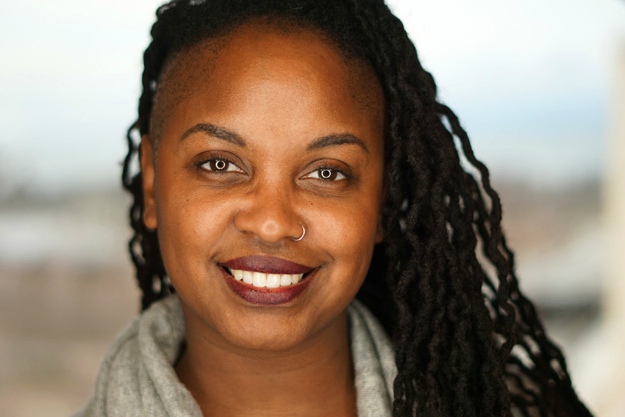 Being independent means a woman takes responsibility for her life. She refuses to play the blame game or make other people scapegoats for her failures. Independence means she doesn’t allow the culture to define her. Just because she’s a woman doesn’t mean she’s less than a man. Just because her skin may be darker or lighter than someone else’s doesn’t make her any less beautiful.

An independent woman is empowered to choose her companions, belief system, and standards, based off of what she deems is right for her. She can stand on her own if need be, but she doesn’t boast about it or make others feel small just because they can’t.

My definition of strength and independence has been a work in progress for decades. As I approach 40 years old and 18 years of marriage, I’ve found a good balance that works for me as a woman of faith, a wife, a mother, and a professional. I’m not so concerned about living up to society’s standards or to other people’s opinions. I’m more concerned about living in balance and with dignity, staying true to what God says and who He created me to be. That is the essence of being strong and independent.

Want to know more habits that make a strong independent woman? Press play in the video below to hear what Oprah has to say:

Ladies, I encourage you to define a strong, independent woman for yourself and then live it. It’s time for you to invest in a good relationship with yourself. At the heart of it all, remember that you make the decisions about the type of woman you want to be. Your qualities and traits are what make you unique, so embrace them as your own. Be you. Do you. Love you.

How are you redefining the strong, independent woman stereotype in your life? Share them with us in the comments below! We’d love to hear all about it!

Up Next: 7 Clapbacks to Use When a Man Asks You “Why Are You Single?”

Editor’s Note: This article was originally published on February 19, 2013, and has been updated for quality and relevancy.

Dr. Michelle Johnson is the founder of Alabaster Woman Ministries, an online
international women's ministry. She is a wife, mother, writer, speaker,
teacher. Through her daily blog, online radio show, and video Bible studies, Dr. Michelle encourages women and married couples to make God the center of their lives.